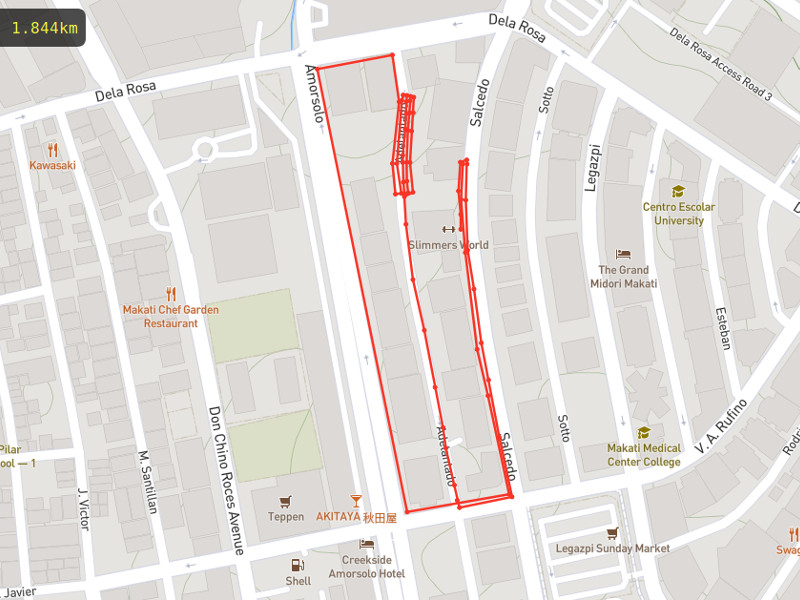 When I find all of the reasons
maybe I'll find another way,
find another day.
With all the changing seasons of my life,
maybe I'll get it right next time.

Over the last few weeks, my workmates (who have been moved to another building) have told me how surprised they are to see me so slim. I don't know if that's a compliment or something else. I'll take it as the former. Even my boss, Nick, said one time that I was looking very fit— yeah, just as I was dragging on a cigarette.

I'm not really a health buff. I'm not really a weight watcher. There was a time when I tried going to the gym. I went there for around half a year lifting weights and working the rowing machine. That's when I actually got so fat that when I came on board here at my current workplace, I weighed around 250lbs. But things have happened and things will continue to happen.

I run. I've been running two, three times a week during my lunch breaks, for more than a month and a half now. I've always hated running. Even when I was in the varsity team in high school or when I joined football clubs that took things a bit too seriously; I never really liked having to go around the field for 20 to 30 minutes or maneuvering around training cones— sprinting, jogging, chasing after balls. But I run just the same.

I run because I don't want to think about anything else except my breathing; the pain in my legs and feet, whether they can still carry me to the next corner. When the people who are around ask me why I run, I tell them it's for the endorphins— that happy hormone that the body produces to get your brain out of “I'm hurting mode”. I suppose it really works. There is a science to it.

All this running. Perhaps soon, it will take me to Palanca; or to one of High Street's arteries in BGC, or to Emerald or to Garnet in Ortigas; or back to the corner of Bern and Amsterdam. Who knows. But I run— and I will run so you won't have to anymore.

Let me do the running for you.